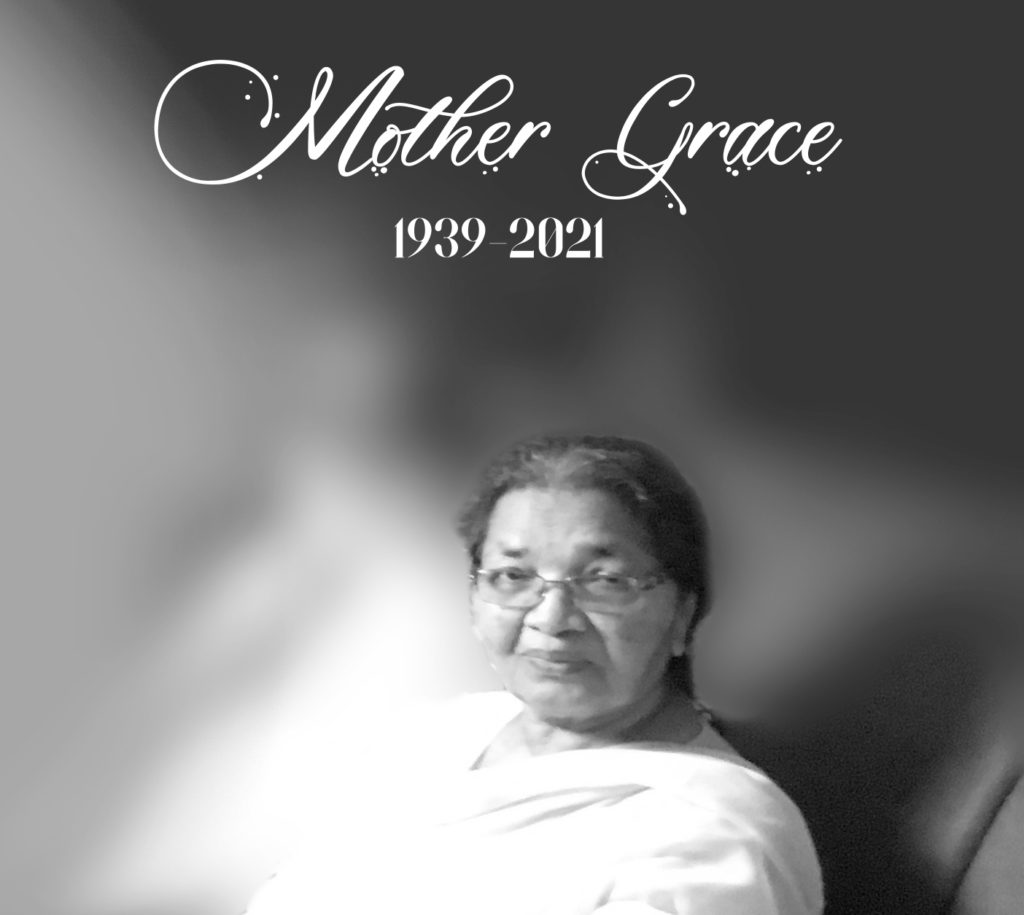 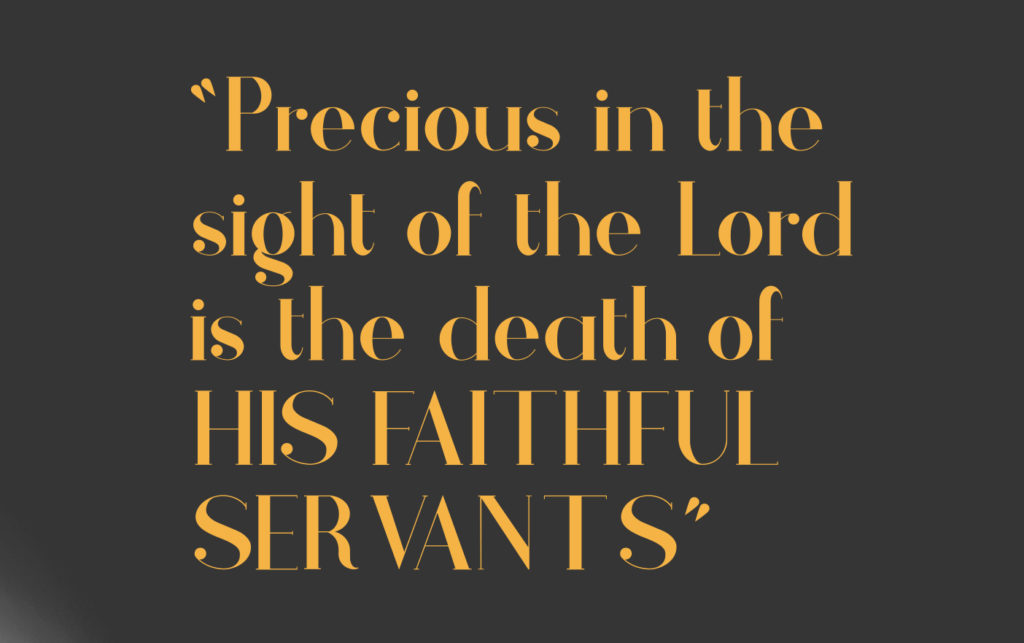 Her vision was to not only meet physical needs, but that people would see the love of Jesus and His name would be glorified. During this devastating time in India, the immediate need is so great.

Already a dear one has felt the need, and because of his great love for Mother Grace, he has given a substantial amount as a memorial gift. Help us continue Grace’s legacy of compassion for the masses by considering a memorial gift that will be used on the field to transform lives.

Grace Mathews was born in Ranni, Kerala, on December 23, 1939. Pastor Cherian and Grace Mathews served the people of Gujarat, India, and other parts of the world for nearly 60 years.  She birthed seven children, but was a spiritual mother to countless others. Her life’s purpose was to share and demonstrate Jesus’ love boldly.  She was a visionary who always attempted and achieved great things for the Kingdom of God.  Her faith, conviction, care, and cheerful hospitality were some of her greatest traits that impacted thousands across generations and continents.  Grace was a powerhouse who helped and inspired people to do great things.

In 1965, God called Pastor Mathews and Grace to minister in Gujarat, India.  While expecting her second child and her firstborn son in tow, she boarded the train from Kerala to join her husband who was already on the mission field.  God miraculously provided tickets and food for the four day trip to northern India. On that day, and until her last breath, her faith and prayer were her leading assets. Pastor Mathews and Grace suffered extreme hardships, persecution, hunger and even the death of a child.  Nevertheless, Grace’s firm foundation in Christ held the family together through her relentless faith, prayers, and hard work, while serving the Lord cheerfully.  Her greatest desire was for her children and grandchildren to become men and women of faith, who would serve God faithfully and become world changers.
She served God with unwavering faith along with Pastor Mathews and their six children.  The loss of her daughter due to a lack of funds for medical care was among her most difficult challenges, but she used it to help and encourage the childless and those who suffered like she had.  She valued life and was outspoken for the rights of unborn children.  She spent her birthdays gifting sarees and feeding the widows and orphans.  She shared hope and encouragement with foreigners who felt out of place, and visitors from various places always stopped at her home because they were sure they would never leave hungry.  She was an amazing evangelist who never lost an opportunity to witness to anyone that crossed her path.  Her heartbeat was to make Jesus known to the least of these through word and deed.
Grace is survived by five sons and one daughter and their spouses: Benny and Lina Mathews, Finny and Bindu Mathews, Denny and Bella Mathews, Davis and Anila Mathews, Jimmy and Susan Mathews, and Lovely and Denny Koshy.  She was blessed with 21 grandchildren: Faith-Hannah and her husband LJ, Ben-Israel and his wife Elizabeth, Joy-Ruth, Debbie and her husband Trevor, Charles, Abel, Jude, Abigail, Hannah, Jonah, Bethany, Anna, Asha, Nathan, Micah, Selah, Jonathan, David, Ruth, Jerusalem, and Timothy. She was also blessed with a great grandchild, Haven.  She is also survived by her siblings: Moni Varghese, Thankachan George, Cherian George, and Thomas George as well as many nieces and nephews.
She was known as “Ammachi” to her grandchildren.  And she was known endearingly as Mummy by all. Her legacy continues through her children, grandchildren, and the countless others whom she touched with her caring heart and hands by serving, praying, witnessing, discipling and speaking life to the hopeless.
We use cookies on our website to give you the most relevant experience by remembering your preferences and repeat visits. By clicking “Accept”, you consent to the use of ALL the cookies.
Cookie settingsACCEPT
Privacy & Cookies Policy